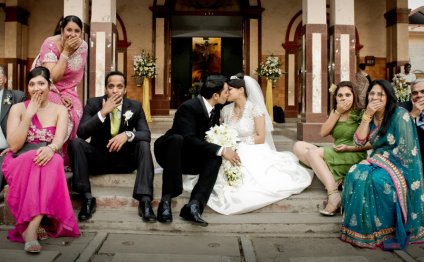 When St. Petersburg-based wedding photographer Clinton Brentwood Lee made his support for the Supreme Court's landmark decision legalizing gay marriage public on Facebook, one client was not amused. So much so, Lee says, that she canceled the photographer's services for her upcoming wedding and requested that Lee refund her $1, 500 retainer fee.

"My fiancé and I support traditional marriage between a man and a woman and don't want our money going toward places that supports otherwise, " Lee said the woman wrote.

His response? He told the client the money was non-refundable and he had decided to donate it to GLAAD, a gay advocacy group.

Lee, 33, tweeted at the organization Monday asking how to do so. The group had not received the donation as of Monday afternoon.

The Tampa Bay Times could not verify Lee's account because he said he does not release clients' names.

But that hasn't stopped Lee's story from going viral, attracting the attention of outlets like BuzzFeed and Huffington Post. The photographer said Tuesday that he received more than 400 Facebook friend requests and tens of thousands more followers on his Facebook business page.

Lee shared the message exchange on his Facebook account, which garnered more than 9, 000 likes and 5, 000 shares — and, so far, two marriage proposals.

"I love people. It goes without saying we love and support everyone, " Lee said Monday morning. "All we see is love."

How to Choose a Wedding Photographer & Tips | Top 3 Questions

The Business of Wedding Photography

Enough time as eventually come – you re willing to pick your wedding ceremony photographer ! Such an exciting time; however…